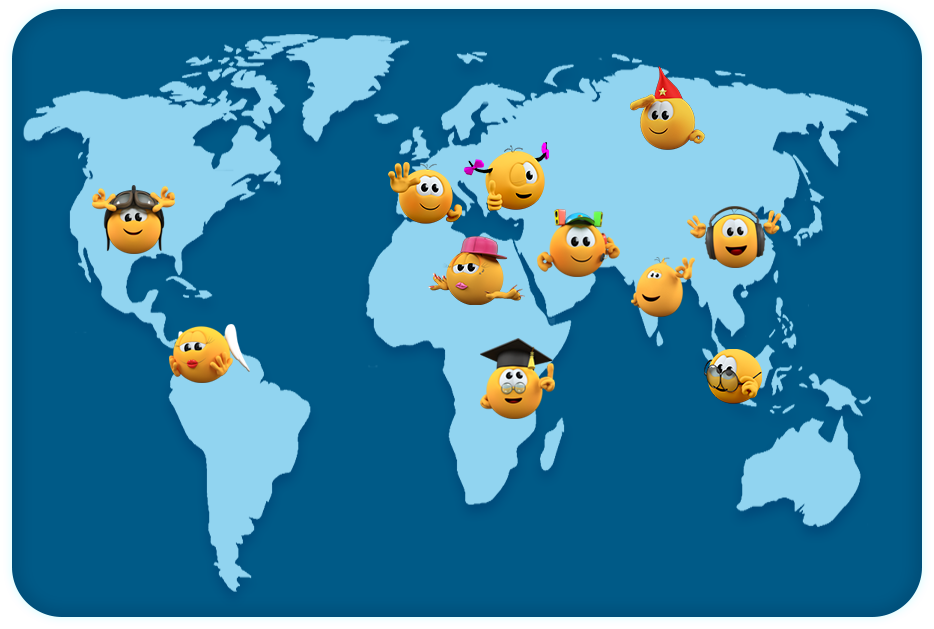 Grand Prix Animation studio was founded in 2013.
Its first flagship project was the children's animated series
The Mojicons that shows the adventures of emoticons on the Internet.
The Producer of the Mojicons series is Alexandr Revva. 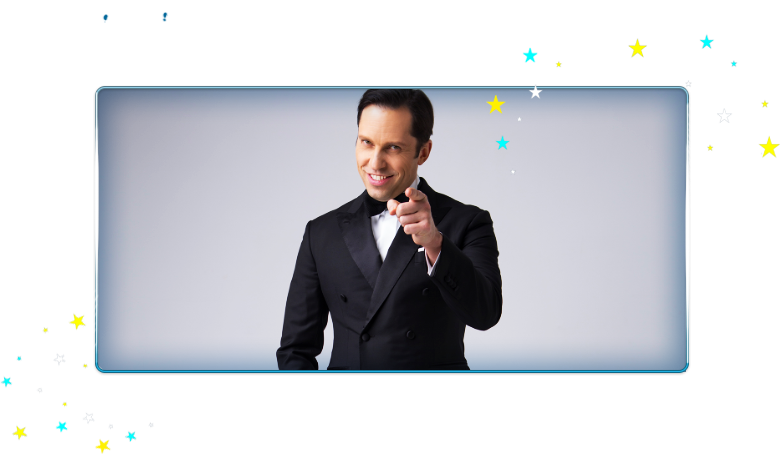 The studio achieved the international success and became one
of the leaders in the Russian and international media markets.
The first flagship product was the
children's animated series
“The Mojicons. Only for Internet users!”
that shows the adventures of emoticons on the Internet.
In 2015 “The Mojicons”
was presented and highly praised at the
largest international film market
MIP Junior (Cannes, France) as the most promising children's animation project.
In October 2015, our studio gained al l-Russian fame with The Mojicons release on the screens of Russian federal TV channels.
In 2016, the series started airing on the world's largest children's channel Nickelodeon and began to win over the foreign media market.
Together with Universal Pictures the studio released two feature films for international release based on the director’s cut edition of the series.
In August 2017, the feature film “The Mojicons” was successfully released in Turkey and took a leading position in the box office. In September 2017, a Blu-ray of the movies was released in France.
On November 30, 2017 the feature film “The Mojicons. Hello, Internet!” was released in Russia and CIS countries on more than 1000 cinemas.
”The Mojicons. Hello, Internet!” received two awards for animation and licensing at the annual award "Multimir" (2018) as “the Best Russian animated feature film” according to both jury's and people's choice
“The Mojicons” series and
“The Mojicons. Hello Internet!” film
are included in the Russian national films list. The studio is an active participant of the Russian Animated Film Association (RAFA).
“The Mojicons” series won the highest award for Best multimedia products for children in “Golden Teddy Bear. Parent Quality Mark” Contest. It's held by the Parent Expert Center.
Today “The Mojicons” is airing on all federal children's TV channels in Russia and the CIS:
Carousel, Detsky, Mult, TLUM, Multimania, Smilk TV, etc.,
as well as in the National Network of Regional Television Companies.
The film is presented on all leading digital platforms and online cinemas Youtube, RuTube, IVI.RU, Okko, Megogo, Yandex-Kinopoisk, Megafon TV, etc.
Today, the number of views on online platforms amounts to tens of millions, and it’s only in Russia!
“The Mojicons” international airing covered more than 100 world countries, including the USA, India, Thailand, Turkey, Portugal, Greece, Egypt, the United Arab Emirates, Denmark, Belgium and other European countries, Africa, Asia, America.
Such industry giants like Nickelodeon and Amazon also stream our content.
In July 2018, “The Mojicons” started airing in China - on China's largest online cinema IQIYI, covering 600 million users.
At the end of 2017, “The Mojicons” brand was among the 50 most popular world brands in Russia, according to LicencingRussia.ru.
Such brands as Star Wars, FIFA, Transformers, Masha and the Bear, World of Tanks were among other rating participants.
Our new ambitious project is the animated
film franchise “NETSKI”:
- The feature films - animation blockbusters
are united by the common theme and
characters (3-5 movies are planned to be
produced).
- “NETSKI Kids” is the animated series for
TV and digital distribution which is going to
be broadcast between the release of the films. NETSKI is the animated film franchise about adventures on the Global Net. It turns the Internet and the digital world into a fantastic reality, creating an emotional catching Story.

The NETSKI Universe includes a variety of
digital races, sets of characters and worlds the interaction of which will generate the plot –
the Tales of the Net. It makes NETSKI
exclusively attractive from the point of view
of visual and script components, as well as commercially.

The opening film of franchise - “NETSKI. The Universe of the Net” - will be released in 2021.
In addition to the filmmaking and distribution, the studio systematically expands the package of educational and entertainment digital content:
mobile apps on Android and iOS, social networks and sites, branded sites in popular online games.
A separate area of work is interactive educational and entertainment shows for children.

In 2018, “The Mojicons” Show started successfully in Belarus and covered all cities.

In addition, every year the studio takes an active part in the main All-Russian children’s festival “Multimir” in Moscow.
The studio is actively engaged in licensing activities. A variety of products with bright and catchy design are produced under “The Mojicons” brand both in Russia and abroad.
Trademarks “Kolobanga” (Russia and the CIS) and “The Mojicons” (world) are registered in dozens of goods and services classes.
According to the study of Modern media Institute, 2016, Kolobanga’s branded goods are included in TOP-5 commercial national licenses.
Among the goods under the brand “The Mojicons” there’s a wide range of stationery and craft supplies made by Hatber - the leading international manufacturer.
In the nearest future, in Russian
federal trade networks
will appear a wide range of
“Kolobanga” branded
confectionery products: chocolate dragees, sweets, chocolate and
chewing gums made by the
largest confectionery company
“Golden Russia”.
The studio has a modern
production and technical base,
as well as a staff of specialists
(concept designers, CG-generalists, artists, sound producers, composer, screenwriters, translators, child psychologist).
The project team includes a design agency (branded products development), creative agency (marketing development), a license agency with 20 years of experience in marketing, PR and promotion.
The studio creates and develops highly qualified jobs for prestigious and demanded professions.
The studio systematically and
actively interacts with general educational institutions and institutions of additional education, regularly conducts studio tours and training events for students.
Producer:
Sergey Antonov